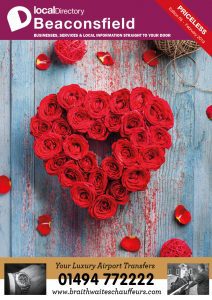 BEACONSFIELD is an attractive market town situated in the popular county of Buckinghamshire. Its excellent access to central London, about 23 miles (38 km) away, and to the county towns of Aylesbury, Amersham, Gerrards Cross and High Wycombe, make it a highly desirable commuter belt destination.

Its historic origins date from 1269; the Town Charter pronouncement of an Annual Market Day Fair is still honoured today. Every year on the 10th May, the pretty streets of Old Amersham host the town’s annual funfair, for one day only.

This picturesque and prosperous town is home to Bekonscot, the world’s oldest original model village, revealing aspects of England from the 1930s. The town is also home to the prestigious National Film and Television School, formerly Beaconsfield Film Studios, which has launched the careers of many successful film directors including Nick Broomfield and Mark Herman. Other notable local figures include the late Terry Pratchett, author of the Discworld series of fantasy novels, who was born in the town, and Mary Berry, who lives in Penn.

Beaconsfield incorporates the 3 areas of Old Beaconsfield, New Beaconsfield and Holtspur. In 2017 its population was approximately 12,000 people. The railway station, built about a mile from the old town, opened in 1906. Easy commuter access to London, Birmingham and other national destinations has seen Beaconsfield’s reputation as a highly desirable location soar.

It’s well connected, with good schools and a thriving local business community; it’s also one of Britain’s richest towns according to The Telegraph (2008), which based its findings on average house prices at the time. Gerrards Cross and Chalfont St Peter, its neighbouring towns, were listed in second place. In 2011, Prime Location revealed that the area has the highest proportion in the UK of £1 million-plus homes for sale (47%, compared to 3.5% nationally).

The Beaconsfield Local Directory was the sixth magazine to be launched in 2013. It is distributed in the HP9 & HP10 areas which include:

Our rates are excellent value and we offer some great packages for long-term advertisers. All directories are published monthly in A5 format. A quarter page ad costs as little as £68 per month (based on 12 months booking in 3 magazines) – in full colour!

We use cookies on our website to give you the most relevant experience by remembering your preferences and repeat visits. By clicking “Accept All”, you consent to the use of ALL the cookies. However, you may visit "Cookie Settings" to provide a controlled consent.
Cookie SettingsAccept All
Manage consent

This website uses cookies to improve your experience while you navigate through the website. Out of these, the cookies that are categorized as necessary are stored on your browser as they are essential for the working of basic functionalities of the website. We also use third-party cookies that help us analyze and understand how you use this website. These cookies will be stored in your browser only with your consent. You also have the option to opt-out of these cookies. But opting out of some of these cookies may affect your browsing experience.
Necessary Always Enabled
Necessary cookies are absolutely essential for the website to function properly. These cookies ensure basic functionalities and security features of the website, anonymously.
Functional
Functional cookies help to perform certain functionalities like sharing the content of the website on social media platforms, collect feedbacks, and other third-party features.
Performance
Performance cookies are used to understand and analyze the key performance indexes of the website which helps in delivering a better user experience for the visitors.
Analytics
Analytical cookies are used to understand how visitors interact with the website. These cookies help provide information on metrics the number of visitors, bounce rate, traffic source, etc.
Advertisement
Advertisement cookies are used to provide visitors with relevant ads and marketing campaigns. These cookies track visitors across websites and collect information to provide customized ads.
Others
Other uncategorized cookies are those that are being analyzed and have not been classified into a category as yet.
SAVE & ACCEPT
X
X